If your Lucca A53 fails to heat properly, trips the GFCI on start-up, or displays the "120-ECO" or "97-ECO" error code, there may be a fault with the coffee boiler temperature probe. Follow these instructions to test the probe with a multimeter.

2. Snip the zip tie holding the temperature probe leads together. Pull back the insulators and separate the electrical connections. 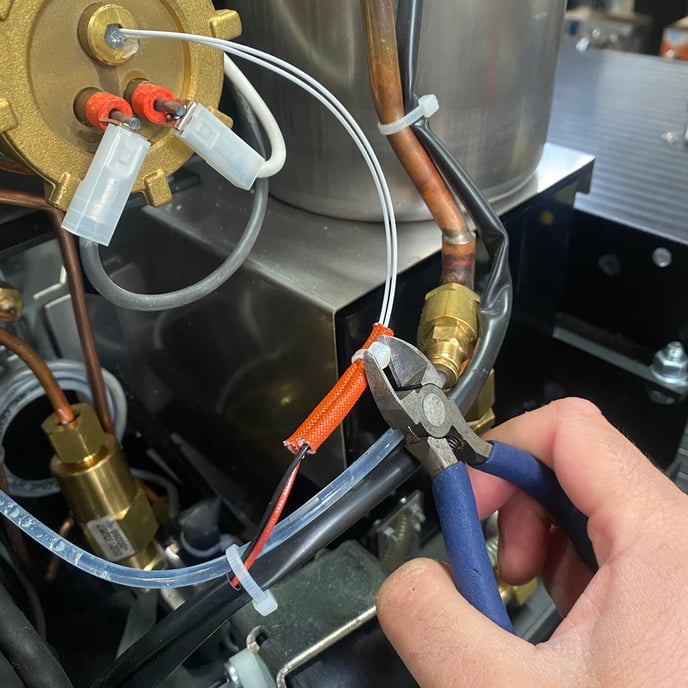 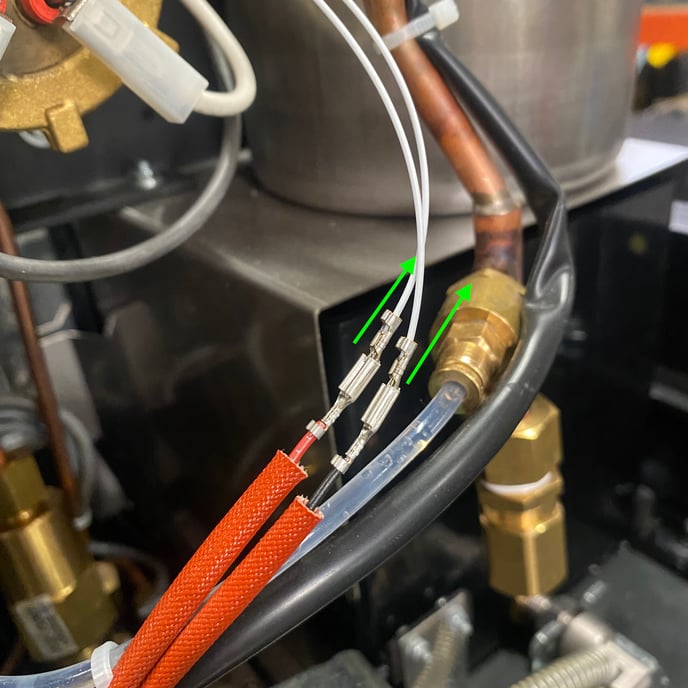 3. Use a pick or similar implement (a small screwdriver works well) to remove the silicone plug that holds the temperature probe in place, then pull the probe from the machine. 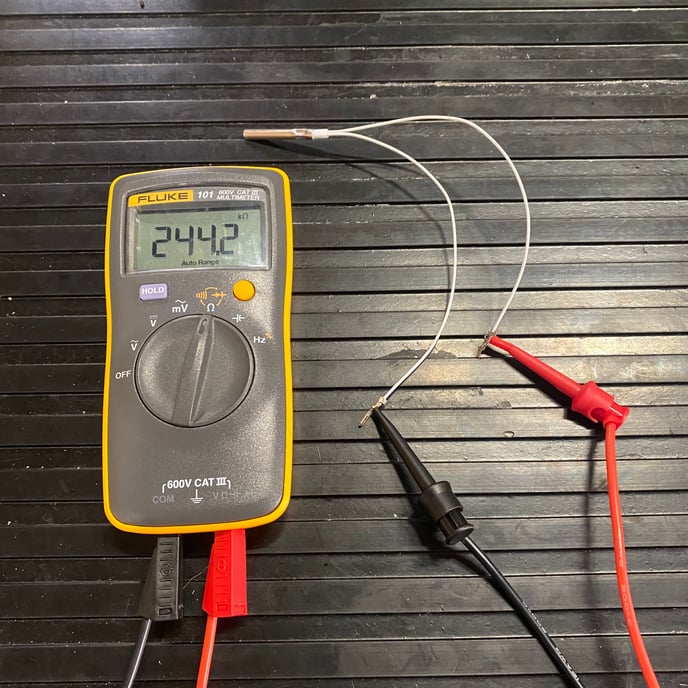 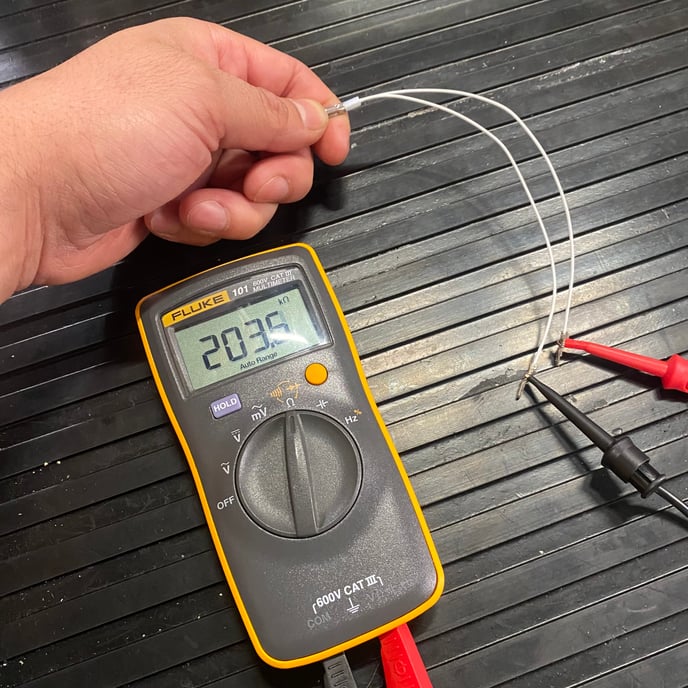 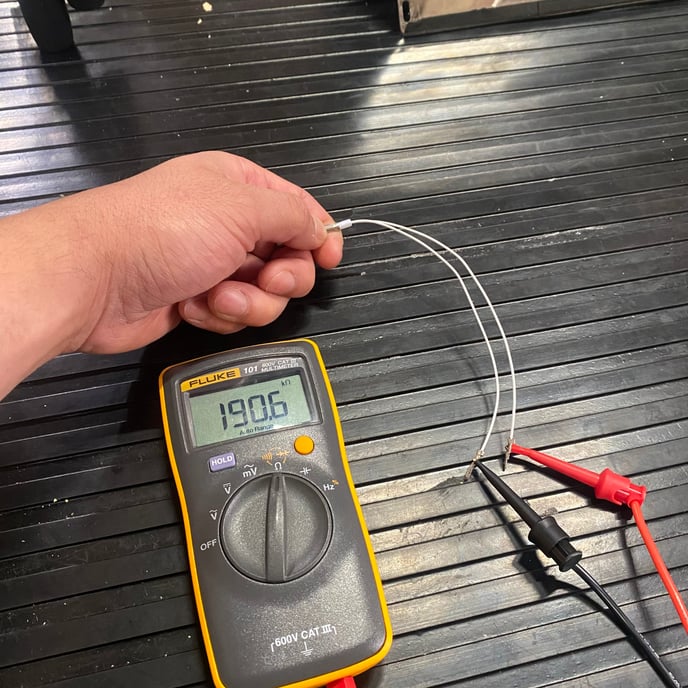