If your Lucca A53 fails to heat steam, trips the GFCI on start-up, or displays the "110-120-ECO" or "96-97-ECO" error code, there may be a fault with the steam boiler temperature probe. Follow these instructions to test the probe with a multimeter. 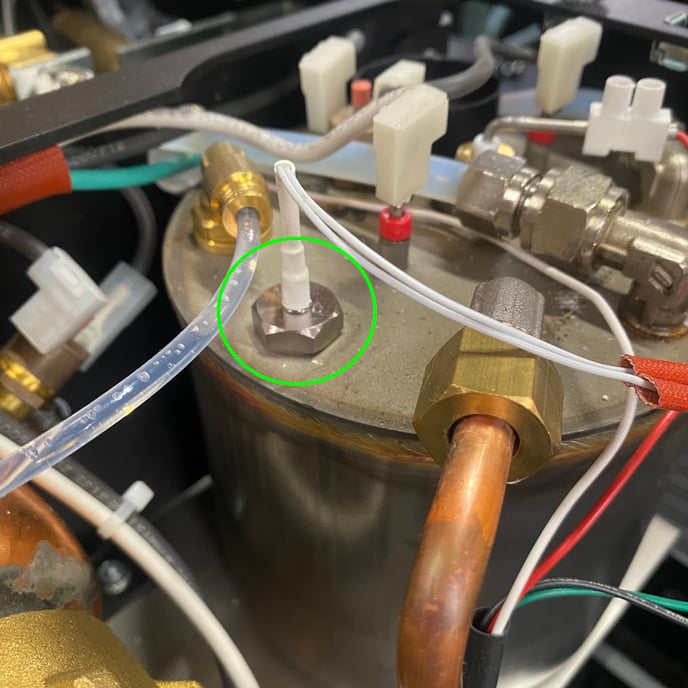 2. Snip the zip tie holding the temperature probe leads together. Pull back the insulators and separate the electrical connections. 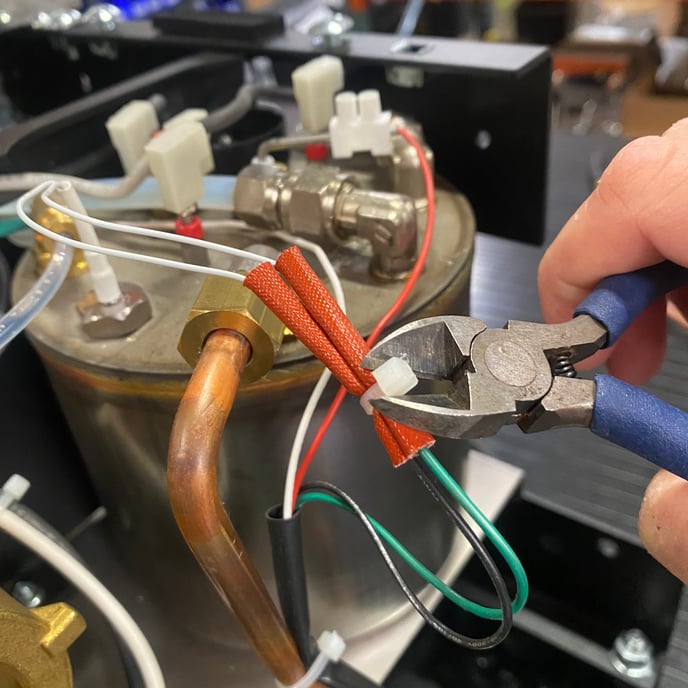 3. Use the 15mm wrench to unscrew the probe from the machine. 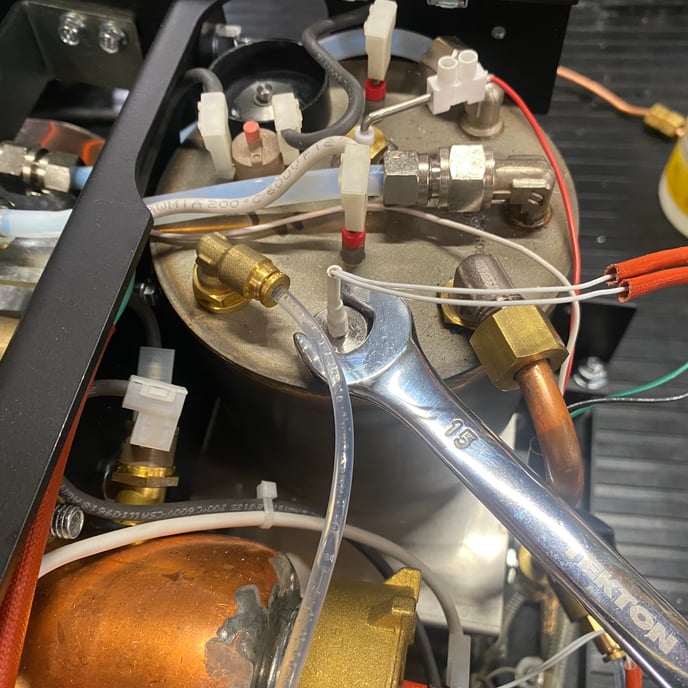 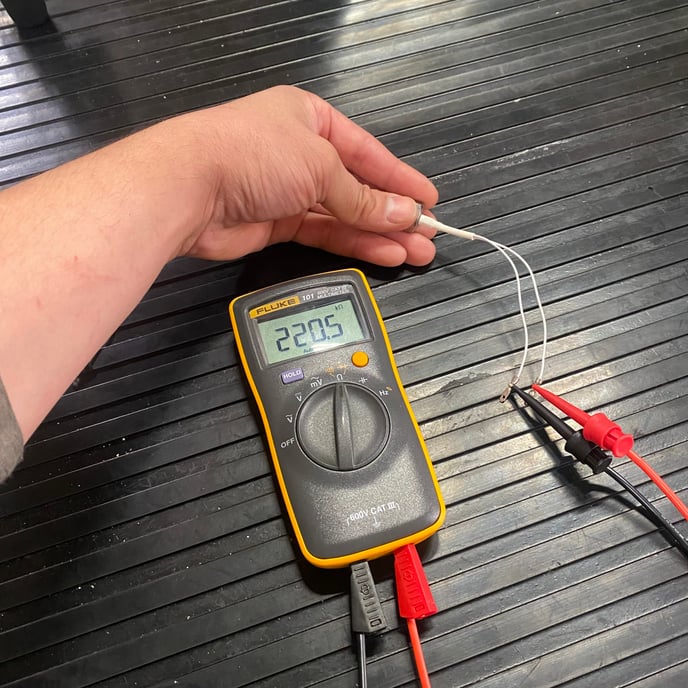 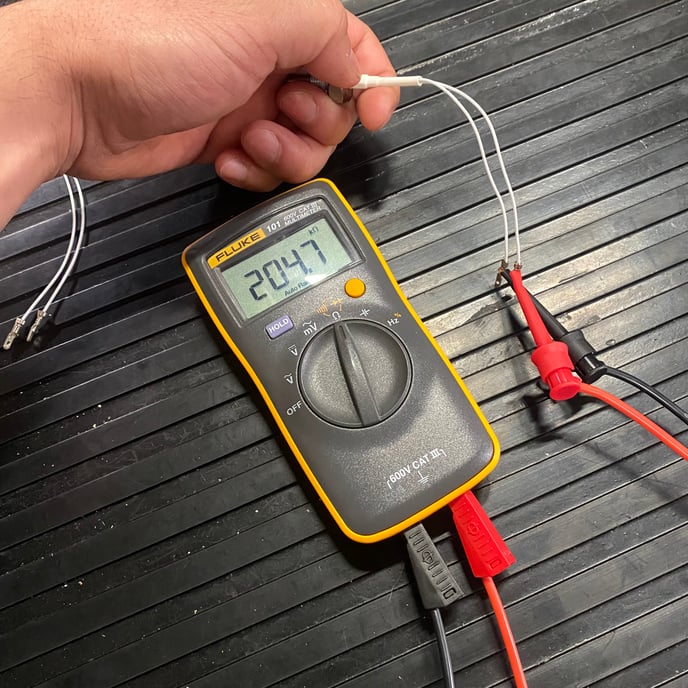